Bing made a Farmer update too

Code-named “Panda”, the rationale for this update is clear: it aims eliminating the “content farms” from the SERPs, e.g. sites publishing junk content purely to capture Google traffic.

Since the Panda / Farmer update hit the UK earlier on Monday, most people with a website have been monitoring visitors number for changes. 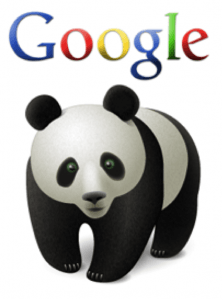 Rank tracking companies such as the German Search Metrics and the American Sistrix have disclosed some data regarding the drop in rankings that a lot of big web sites went through since the update.

As it is not clear if the drop was in the long tail or with the generic keywords data can be a bit misleading, however, we have some indicators and trends that reveal something has happened.

And according to some of the figures, it looks like the latest update goes further than the 12% originally announced, hitting about the 14% of queries.

But, guess what? I’m not interested to talk more about Google Panda update, as many dozens of bloggers already did their little two cents. I want to talk about Bing.

Has Bing made a “Farmer” update too?

Ok, I have to admit that as a title it may sound weird and not related at all. However, do you remember the huge amount of hype made when Bing has been accused to copy Google results?

Well, it looks like we are in a similar circumstance. I’m not saying that again Bing copied (again) Google, but that something has happened at the “same time”.

As of the 8th of April, it looks like the Microsoft Search engine has released an update similar to Panda.

Having a look into the Bing Webmaster Tool, 20 sites out of the 20 I currently have access seems to have been affected by an indexation problem, as some of the web site pages have been removed from Bing’s index.

I still in the middle of my verification process, and I have waited quite a while since the original finding before writing my article so to confirm whether or not this was just an algorithm glitch or something more serious (as it appears to be).

Have a look at the following images:

The image above refers to last week, but today the situation is the same. As you can see, the number of pages indexed has decreased since the earlier weeks and the page indexed has fallen of more than 50%. 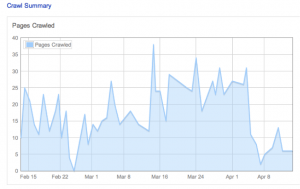 Have a look at the graph above: a massive deep starting from the night of 7th of April onward.

On the Bing Official Blog anything has been disclosed, and it looks like any other SEO guru disclosed about the Bing update.

So, am I only the only person who got a “bunch” of web sites penalized with Bing, or it something that has simply passed unnoticed just because Bing accounts only 30% of the search market share?

As always, your opinion is more than welcome, so don’t be scared leaving a comment.